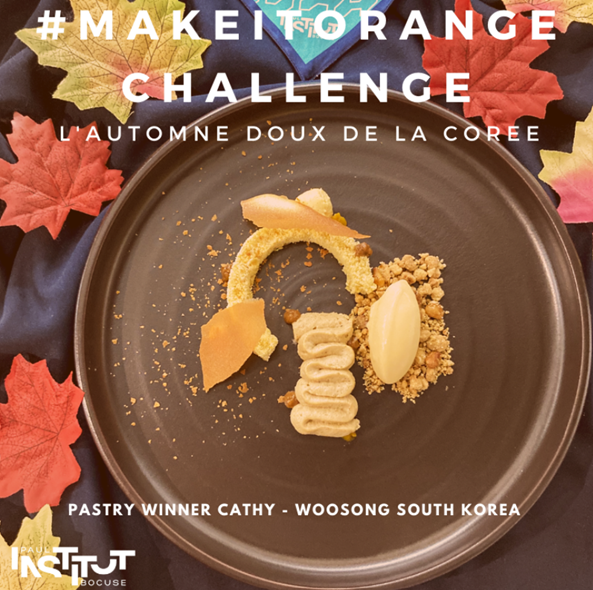 One of Woosong students, Haeun (Cathy) Gu, has won the Best Pastry Recipe award for the #MakeOrange Challenge recently hosted by Institut Paul Bocuse in Lyon, France. This was an online competition hosted by Institut Paul Bocuse as an invitation-only event with four universities from around the world (France, Russia, South Korea, and Peru). Students from each campus participated in either a culinary or pastry competition. Competing against some of the best aspiring chefs from around the globe, Cathy's dish won 1st prize for the best pastry dish. 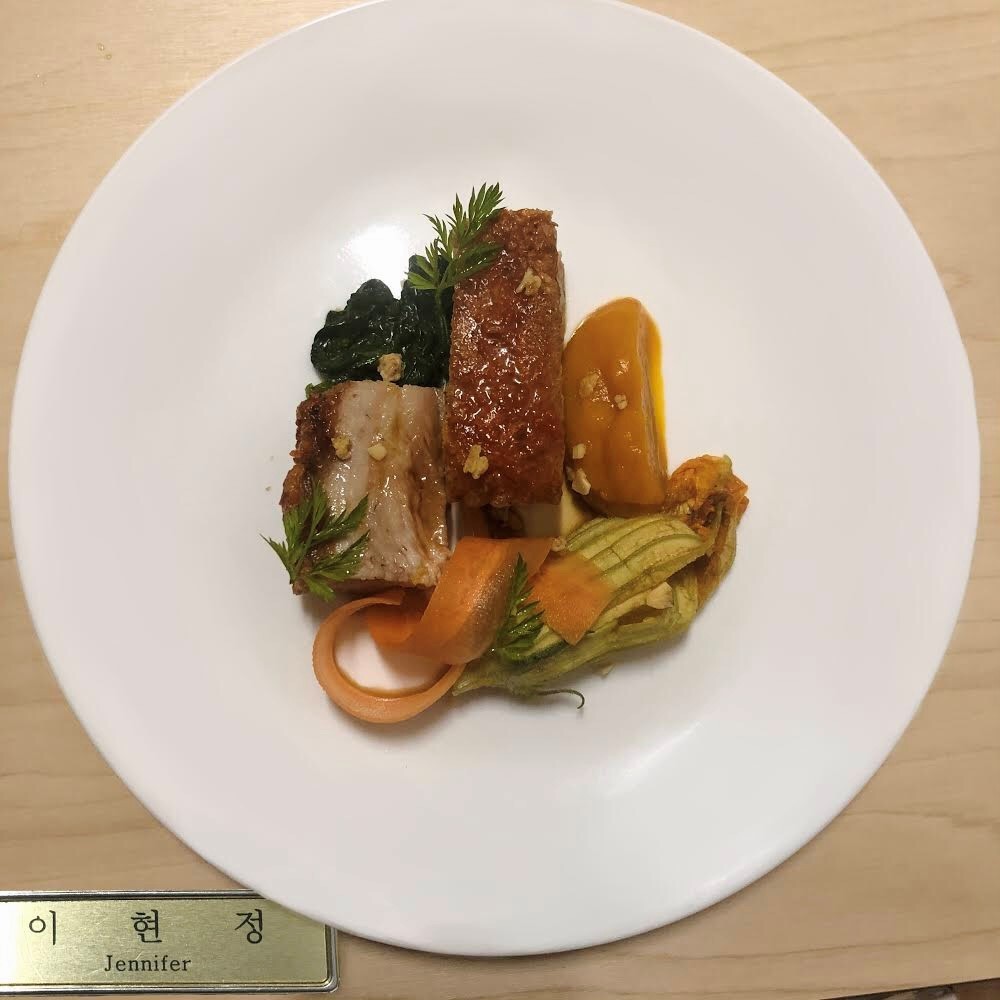 Aside from the global winners, Woosong's local Institut Paul Bocuse Culinary Operations committee chose a best recipe from each catorgery as well, pastry and culinary.  Jennifer (Hyun Jung) Lee won best culinary recipe and Cathy (Haeun) Gu won for best pastry recipe.  Congratuations to the winners and everyone else who participated.