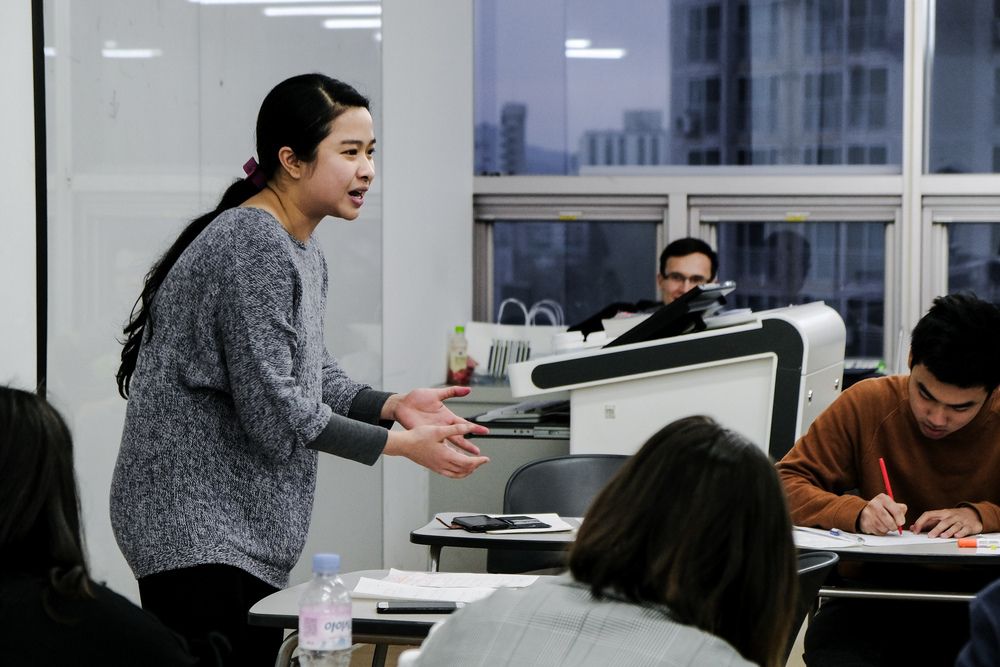 SolBridge Debate Championship is an in-house debate tournament organized every semester by SolBridge Debate Society to welcome new members. On Saturday 13th April 2019, the Spring 2019 SolBridge Debate Championship was held in an Asian Parliamentary format, gathering as many as 48 new participants. Experienced members served as adjudicators along with invited judges including SolBridge professors and administrative staff. With this debating style, two teams of three compete against each other; Government side- proposes and defends the motion while opposition side- refute and negates the motion.

After three preliminary rounds, two teams advanced to grand finals debating the motion "This House would actively promote e-sports as a viable career choice." It was a close debate resulting in a win of the opposition team that consisted of two students and administration staff Lam Le. This serves as the best example of how SolBridge Debate Society not only improves soft skills and knowledge in students but also serves as the interaction platform between students, staff, and professors.